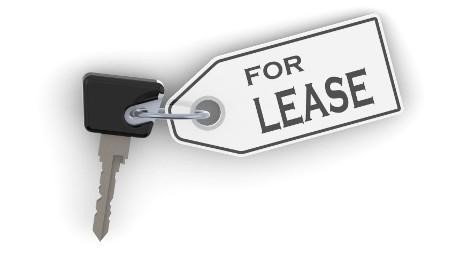 As Swapalease.com noticed the approval rate for vehicle lease credit applicants jumped more than 30 percent in February, Experian and Edmunds also offered data and analysis on the leasing market — the former looking back at fourth-quarter metrics and the latter reviewing last month’s performance and projecting ahead for the remainder of the year.
Edmunds executive director of industry analysis Jessica Caldwell explained that leasing “continues to drive new-car sales, but at a slower rate.” Caldwell indicated the February lease penetration rate softened 11 percent year-over-year, “and we expect lease penetration to decline overall in 2017 to 30 percent (compared to a record 32 percent in 2016).”

Meanwhile, according to Experian’s latest State of the Automotive Finance Market report, the number of consumers who chose to lease a new vehicle increased slightly from 28.87 percent in Q4 2015 to 28.94 percent in Q4 2016. For consumers who still want to drive something new, Experian computed that leasing a new vehicle costs an average of $92 less per month compared with retail financing.
The average monthly payment for a new leased vehicle is $414, versus $506 per month for a new-vehicle purchase.

Experian also shared some additional information exclusively with Auto Remarketing. The table below shows the top 20 new models leased in Q4 and their market share. 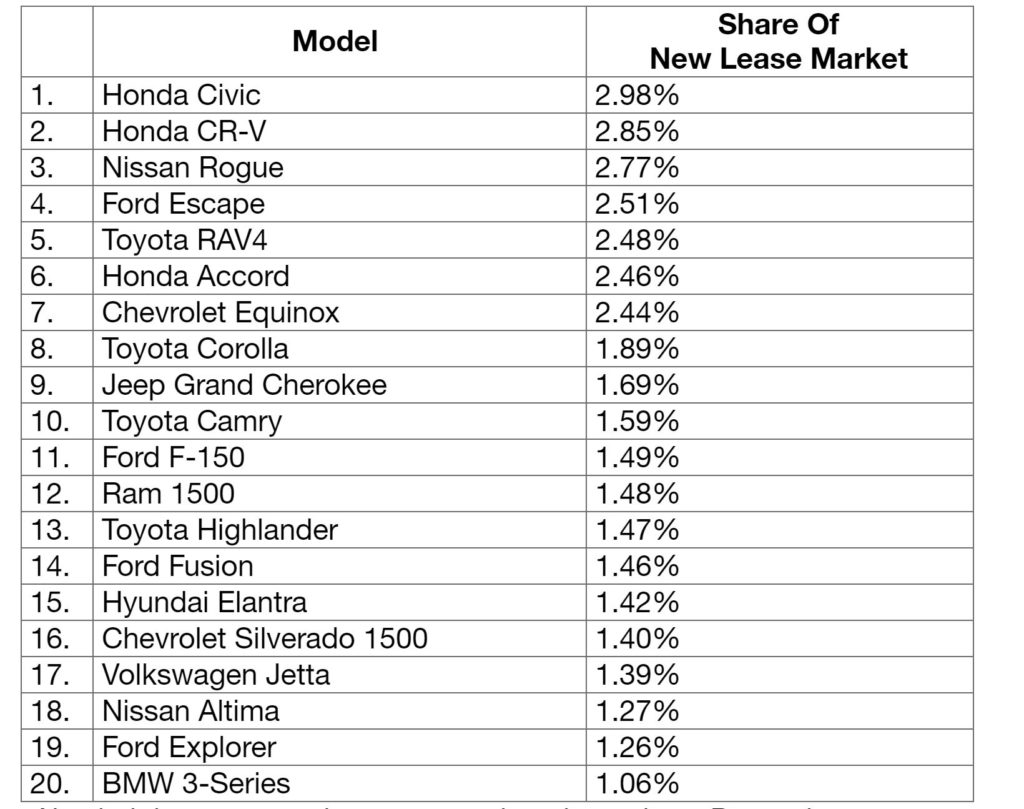 Also helping to move that new metal are incentives. But perhaps, at least for now, that incentive activity isn’t overheating.
ALG estimated the average transaction price (ATP) for a new light vehicle was $33,307 in February, up 1.9 percent from a year ago. ATPs in February declined by 0.7 percent compared to the prior month while showing a gain of 1.9 percent over the prior year.
ALG added that average incentive spending per unit grew by $409 to $3,443.
“A sizeable gain in average transaction prices is offsetting higher incentive spending, landing the ratio of incentives to ATP at 10.3 percent,” ALG chief analyst Eric Lyman said. “From ALG’s viewpoint, incentive spending as a percentage of ATP of 10 percent or lower represents a healthy retail sales environment for the industry.”
“It’s positive to see incentives relative to ATP pull back from the higher levels in Q4 of 2016. We also expect lower inventories combined with an uptick in demand during the spring selling season to bring further relief in this key metric of industry health,” Lyman continued.
Brad Korner, general manager for AIS Rebates, offered a slightly different perspective. AIS Rebates, a Cox Automotive company, is a firm specializing in rebate and incentive research, publication and analysis.
“Incentives remain high with numerous programs and significant dollars in play to help sustain sales,” Korner said. “Incentives are being used as strategic advertising by the automakers and dealers to drive showroom traffic and excite in-market buyers.
“Smart incentives may be more effective marketing tools than high-dollar ad campaigns, like those that run during the Oscars or the Super Bowl,” he added.
For whatever reason a customer might now want to exit a lease, Swapalease.com reported encouraging trends for that slice of the market. Site officials said applications registered a 72.2 percent approval rate for February, up by 33.3 percent from January, which had just a 50.0 percent approval rate.
The approvals rate was also 72.2 percent in February of last year.
After January’s record low approval rate of 50.0 percent, Swapalease.com noted that February has shown a significant improvement in the number of lease credit approvals. The last time lease credit approval rates registered this high was October 2015, when the lease credit approval rate was 75.0 percent
“We’ve had a string of down months lately, but with the volatility in lease credit approvals currently, it was expected that we would see a bounce back in higher approvals,” said Scot Hall, executive vice president of Swapalease.com. “We do not believe there is anything special about February lease applicants, but it is interesting to know February also saw a high approval rate a year ago.”

Business Hours:
Monday through Sunday  9AM to